What WOD/class made you decide to become a CrossFitter?

Not a particular class I think, but the variation in the WODs and the atmosphere in the “church”.

How often do you train now ?

About 5 times a week.

Do you follow any speciel programming or are you (just) doing the WODs at your box?

At the moment just the wods, but am planning to look at some more strength training.

Which one of your CrossFit related accomplishments are you most proud off so far?

Everytime I can do a wod RX´ed 🙂 and the first kipping pull-up and consecutive double-unders off course!

What is your next goal(s)?

Building strength in general and to do more than one HSPU.

The most difficult thing in CrossFit ?

There are many techniques to learn and remember in order to do the WODs properly.

How do you keep the motivation high?

I just enjoy myself, and have fun with the great trainers and other members.

Any good advice for new CrossFitters?

I don´t think that I am in a position to give advice yet. Just keep at it!

Do you plan to attend any CrossFit competitions?

Yes. The “Fit as Fu*k” challenge in September – not sure about what a great idea it is!?! Only time can tell 🙂 But I expect it to be a great day. 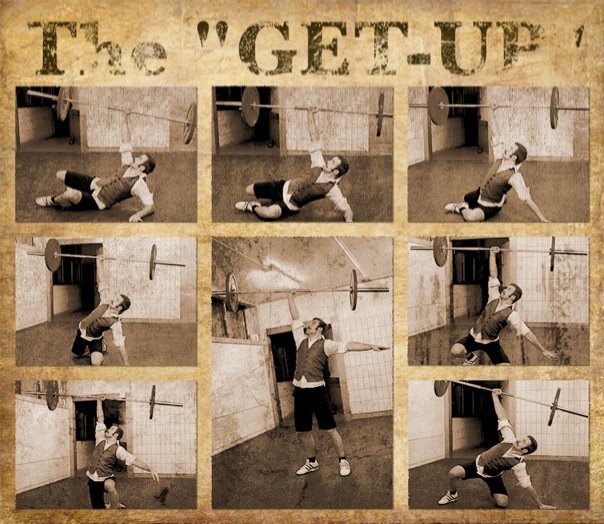 BACKGROUND: Martial Arts and bodyweight exercises for Martial Arts since 2004. Nothing really significant before that.

CROSSFITTING SINCE: Feb 2008 – but only got serious about it later that year. 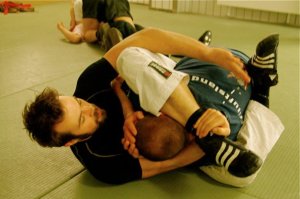 DESCRIBE THE KEY ELEMENTS IN A GOOD WARM-UP ROUTINE FOR CROSSFIT:

– Makes you break a sweat (should be obvious, but I’ve seen plenty of warm-ups that didn’t achieve this)
– Gets the pulse going, but not so much that you start the workout out of breath
– High on dynamic movements with low resistance (think air squats and jumping jacks)
– Low on movements that engage few muscles with a relatively high load (think pistol squats and push-ups)
– Targets as much of the body as possible. Engage as many muscles, joints and tendons as possible. Preferably while making them work together.

– Loads of “Near miss” skill developers for classes with beginners:
— Airsquats for developing the basic squat (used in loads of different lifts)
— Wall-ball with partner instead of a wall to develop the basics of the thruster
— light-weight versions of the techniques you’re going to use in the WOD, built up gradually (think light weight kettlebell swings, high pulls, snatches before a WOD with snatches)

Generally, you should feel loose and kind of like you already started the workout, when you’re done with the warm-up.

I really love using the “near miss” skill developers as part of the warm-up; you save time later when explaining the details of technique (everyone already tried it and has a frame of reference), and you can evaluate everyone’s skill level and whether or not they should scale the weight. Don’t spend too much time going into details during the warm-up though. Save that for later.

If you’re doing the warm-up yourself (and not coaching a class), always do some skill developing on your least favorite things. Just doing them repeatedly will help you get better. Doing them a lot will help you a lot. If you spend some time on them both during the warm-up (which doesn’t require you spend extra time in the gym) and before or after the WOD, you’ll soon see improvements. Choose 1-3 things and practice on them regularly. Once you have one of them down, replace it. But always have 1-3 things you’re working on specifically.

ANY SPECIFIC EXERCISES THAT YOU (ALMOST) ALWAYS INCLUDE IN YOUR WARM-UP?
Some variation of the squat and (since the Rooney seminar) jumping Jacks

WHAT’S YOUR THOUGHTS ON WARMING UP FOR:
A) HEAVY LIFTS
– Get some dynamic stretches in. It’ll pay off. Especially in the bottom position of the squat 🙂
– Do more “near miss” exercises than usual, and use increasingly heavier loads.
– NEVER go into a heavy WOD without having tried the weight you’ll be using at least once. One exception is, of course, 1RM WODs.

B) SHORT, INTENSE WODs
– Get those juices flowing! When you’re going to be performing intensely for a short period of time, you can afford to use a bit more energy during the warm-up. Never waste time or reps “warming up” during the workout!
– More often than not, a short, intense WOD only contains a few techniques. Practice those (either specifically or by “near miss”ing), get your mindset around them, and get them as precise as possible.

C) LONG CHIPPER WODs
– Make sure you don’t go overboard with the warm-up. You’ll need the energy for the WOD (mind you, most people don’t get nearly warm enough when left to doing their own warm-up).
– Make sure you are warm enough before the WOD. It’s going to be a long, hard road through hell, so while you want your body to be fresh for the trip (see above), you also want your body to be ready for the truck that’s about to hit it.
– With a long chipper, you’re almost bound to run into one of your least favorite things. Don’t let it get to you. Do some “near miss”ing and believe you’re going to outperform yourself on it during the WOD (pretty much the same as with the short, intense WODs).

Generally, the key elements from the beginning apply to all of the three examples above. Just shift the content and the focus towards what you or your athletes need to accomplish in the WOD. Don’t change it completely.

HOW HAS YOUR WARM-UPS CHANGED IN CROSSFIT OVER TIME?
They’ve grown in length and intensity! Martin Rooney gave a great example of a classic warm-up they used to do for Brazilian Jiu-Jitsu (it basically consisted of rotating two joints for a couple of seconds each), and it really hit home with me; I used to do that back in the day too. Good thing we learn as we grow older 🙂

THE BIGGEST “NO – GO” WHEN WARMING UP, IN YOUR OPPINION?
Tough choice. It’s probably a tie between:
A) Going straight into 100% work capacity (think max static pullups from the get-go), and
B) The equivalent of rotating your feet a few seconds (or worse, doing only static stretches) and calling that a warm-up.

WHICH KIND OF WARMUP DO THE MEMBERS IN YOUR GYM/YOU ENJOY THE MOST?
For classes:
Generally, stuff that challenges people’s coordination skills. It always breaks a few laughs, and is a sort of mini skill-developer.
Specifically, the “animal movements” that Martin Rooney demonstrated at the seminar are always good fun as a single element. They need to be towards the end of the warm-up though, as some of them can be pretty hard for newbies.

For myself:
Generally, something dynamic and filled with skill developers in the areas that I’m weak in.
Specifically, double unders and doing a complex of the barbell lifts: Lots of basics (you can always profit from getting better at the basics!) and the ones I suck at the most (snatches and overhead squat).

As stated above, I pretty much always include some sort of dynamic squats 🙂 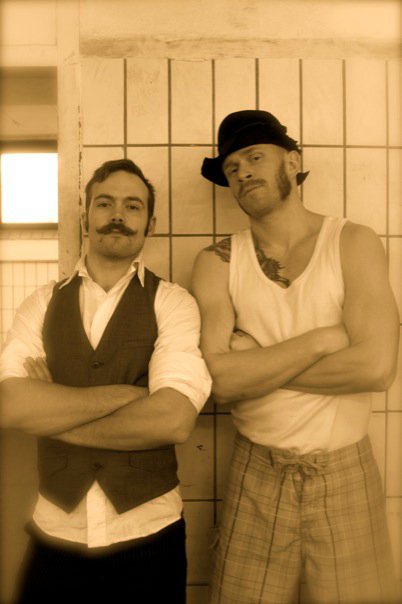